He Is A Member Of The Ohio State Bar Association And Its Litigation Section, And The Mahoning County Bar Association, And Was Formerly A Member Of The American, Washington County And Columbiana County Bar Associations. In 2015 Mr. Moore Joined Anzellotti, Sperling, Pazol & Small, Focusing His Practice In The Areas Of Civil Litigation, Including Personal Injury, Defense Of Traffic And Criminal Misdemeanors, Social Security Disability (SSD) And Supplemental Security Income (SSI) Claims. Prior To That, He Spent Several Years In The Public Sector As A Municipal Court Prosecutor And A Small Claims Court Referee (Now Known As A “Magistrate”), And In Private Practice As A Litigator In The Areas Of Insurance Defense And General Civil Litigation.

In His Spare Time, He Enjoys Reading, Cooking, Collecting Old Radio Broadcasts And Movies, DIY Projects, And Activities With His Family And Friends. 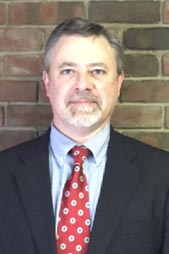